History of the Victoria Falls

The Victoria Falls is a spectacular sight of awe-inspiring beauty and grandeur straddling the Zambezi River which forms the international border between Zambia and Zimbabwe.

The columns of spray can be seen from miles away. At the height of the rainy season more than five hundred million cubic metres of water per minute plummet over the 1700 metre edge, into a gorge more than one hundred metres below. The sight of the falls is so breathtaking that Dr David Livingstone commented, ‘Scenes so lovely must have been gazed upon by angels in their flight." 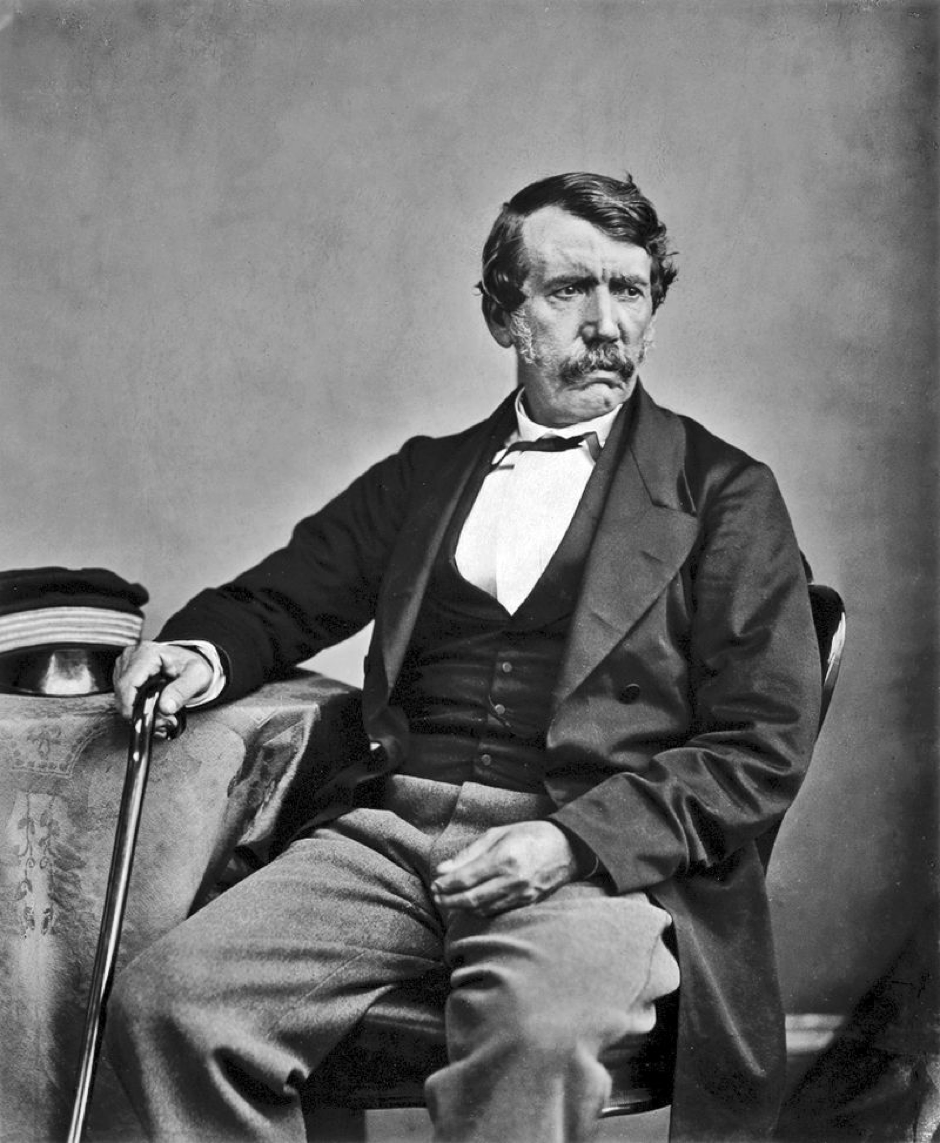 Dr David Livingstone, the Scottish missionary and explorer, is believed to have been the first European to view Victoria Falls on 16 November 1855, from what is now known as Livingstone Island immediately upstream from the falls near the Zambian shore.  The island is one of two land masses in the middle of the river. There has been much conjecture if he was in fact the first European to visit the Falls, but one thing for certain is that he could not have ‘discovered’ them. There is ample evidence of human habitation of the area, in the form of stone tools, dating back over a million years.

What then is the history of the people around the falls?  The Archaeological sites found around the falls area have yielded Homo habilis stone artefacts that date back to some 3 million years ago. Middle Stone Age tools (50 000 years old),  Late Stone Age weapons and digging tools (10 000 and 2000 years old) have also been found.  “The earliest tools are merely pebbles with a flake struck off to form a crude cutting or scraping edge. Later, came the hand-axes and more skilled workmanship of the Middle Stone Age and finally the ‘microlithic’ (small-stone) barbs and arrowheads of the Late Stone Age.”* 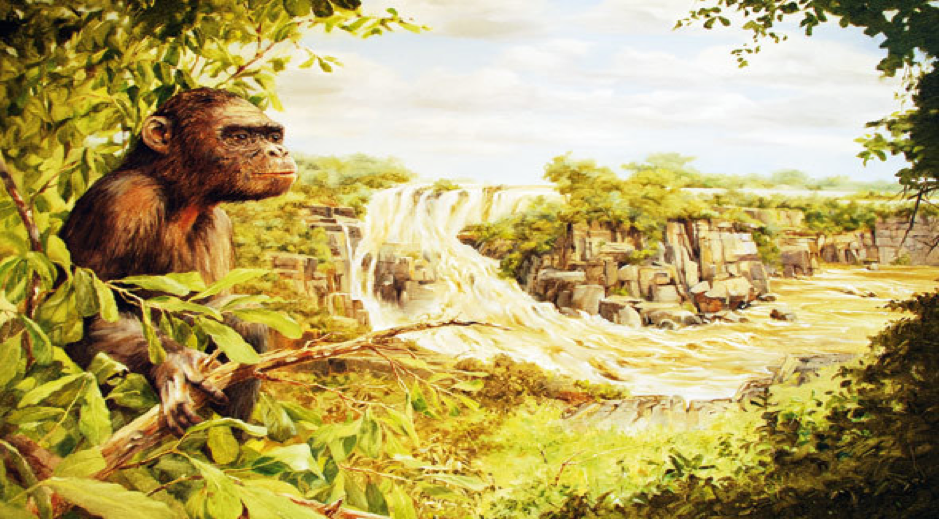 Evidence from the region suggests that the use of iron-age technology and associated cultural developments, such as pastoral agriculture, settled village communities and tribal social structure, became widely introduced early in the first millennium AD, displacing established stone-age cultures. 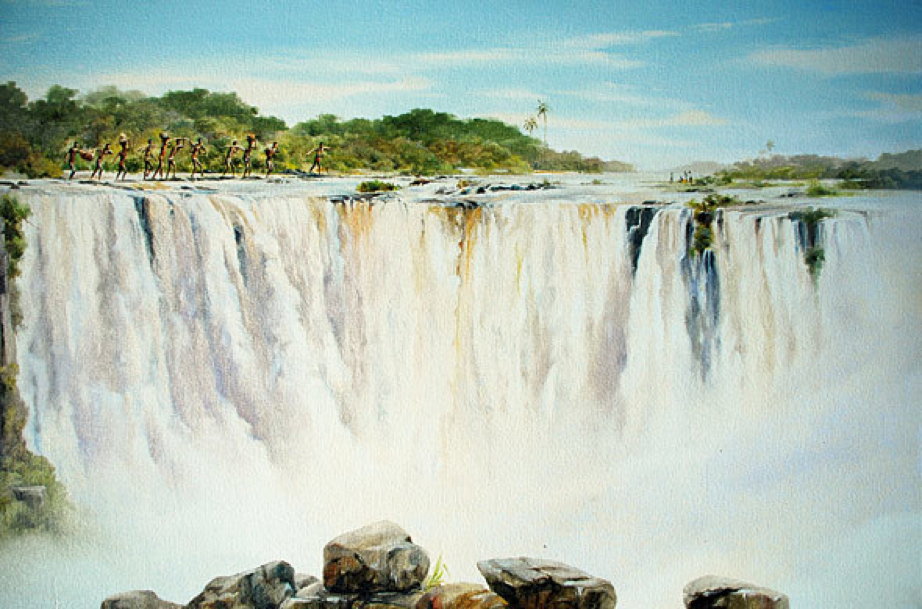 These new people practiced a wide variety of crafts, including pottery-making, the smelting of metal ores and the working of artefacts from iron and copper. Locally available iron ore was smelted and light wood-working tools and arrowheads were manufactured. A small number of tools made of stone, wood and bone were likely also used. However the lack of certain commodities, such as salt, iron ore or potting materials led to extensive trading. Copper, in the form of ornaments and currency bars, is known from several sites in the region. As copper ore deposits are unknown here, it is clear that the metal was brought to the area by means of trade.

The Batoka, or ‘Tokaleya’, have a long history in the area. For them The Falls are a sacred and essential element of their culture. Victoria Falls forms an integral part in their way of life and they have inhabited the area for hundreds of years. The Batoka give their name to the gorges downstream of the Victoria Falls.*

The Kololo, a Bantu speaking people from South Africa emerged in the falls area in 1834 and named the falls ‘Musi-oa-Tunya’ meaning ‘The Smoke that Thunders’. The local Leya people who settled in the area around 1600 AD call it ‘Shungu na Mutitima’, the Roaring Lion. The earliest people at the falls, the hunter gatherers who were non-Bantu communities and the first Bantu people at the falls around 350 BC, must have given names to this wonder as well although we do not know them today. When Dr David Livingstone, escorted by Sekeletu, the Sotho leader, saw the falls, he named it Victoria Falls after Queen Victoria, the reigning Monarch of the United Kingdom at the time. Is it a hangover of colonial mentality that the term Victoria Falls continues to be the most recognised name for such a deeply African phenomenon? The poetic Mosi-oa-Tunya, the "smoke that thunders", is far more appropriate - particularly since Zimbabwe and Zambia, whose borders meet at the Falls, have been committed to an anti-colonial struggle. However, Livingstone's name has stuck, and in today's marketing-oriented world, the Victoria Falls has become the brand by which one of the world's seven natural wonders is known to the outside world.

Despite not knowing who exactly was the first man to see the falls, modern man today can only marvel at the beautiful falls. The onus is on all of us to work hard to protect this natural wonder from degradation and crass exploitation.  Munga Eco-Lodge supports the efforts of well-meaning people to preserve this great natural heritage in as pristine a condition as possible for the enjoyment and good of future generations. 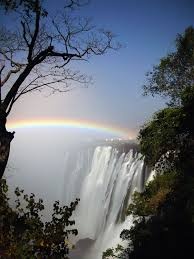 … “Livingstone” is the town on the Zambian side of the falls.  Before David Livingstone’s time, this settlement was called “Maramba”.

… Livingstone and the Zambian side of the falls offer activities, tours and accommodation for tourists.

… You should consider planning a trip to the falls at a time when you may see the Lunar Rainbow, a rare sight! 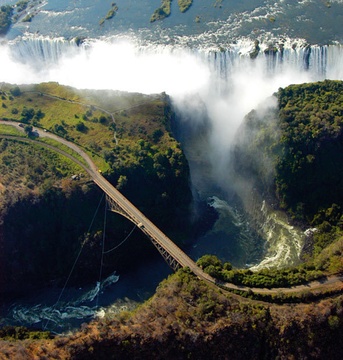 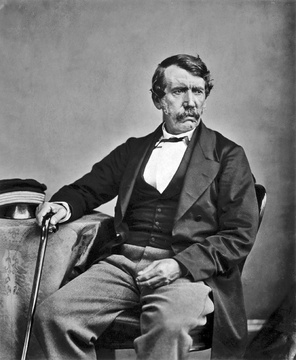 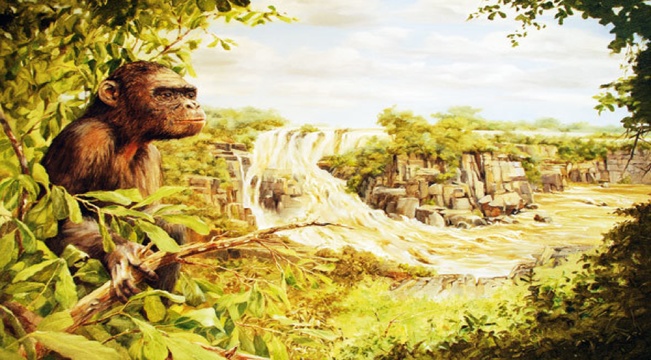 Special offer due to pool closure

We regret any inconvenience.